The merits of creativity beyond commercial

When I was involved in getting government support for the big music project I was asked to meet ministers and assembly members, key among them was Ken Skates the Deputy Minister for Culture, Sport and Tourism.

I was asked basically to defend why government should be using resources and give backing to big music projects and the youth music projects in South Wales. What struck me was the question. What jobs can you get for these young people from music projects? Can you guarantee jobs from these investments?

I believe this misses the real virtue of allowing people accesses to the means to create. The benefits of the music projects I have been involved with are not commercial.

Allowing an environment where music and other creative pursuits flourish is important for a rich culture. Allowing access to culture also breeds more culture.

As with the youth projects (Major music. Vibe creative) Government funding for equipment has led to young people discovering their calling and opportunities to pursue careers and life styles that would not be possible.

As for the commercial, an example of how supporting culture can lead to commercial ventures such as the youth project I took part in at Vibe Works. From this and the Government funding (that was recently cut) some of the students set up their own company called Vibe Creative. This has paid for its self many times over.

We have seen the Government misunderstanding of the importance of cultural teaching and investment with the attention being drawn away from primary school teaching of creative subjects. This has led to companies like Superstars going into these school and teaching these subjects independently and because of this they are simply not seen as important as other classes.

The bottom line for me is the benefits from a strong culture vastly outweigh its initial investment cost and thinking “how many jobs will we get out of this” is the wrong way to think about creative pursuits. The commercial upside are a happy by-product of the cultural ones. Wales has a reputation for rich culture and I hope we can help build on and defend that perception.

Below is a very unflattering picture of me with the minister along with a link to the company the ex students at the music project made before the funding was cut. 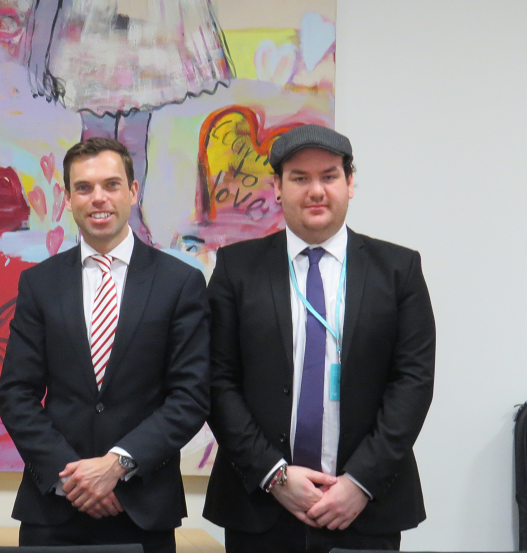 Working inside the music industry

As a professional musician I know the music industry very well. The degree of positivity and progress making your music freely available has done which always completely negates any amount of “harm” that may come your way. Getting exposure is king. In short; if they know your music you have an audience. They will come and watch you, they will support you. Building a fan base is more important than sales on each CD or download. When you have a following they buy your music and merchandise because they want to feel a part of the music, it's about treating them as not as customers but instead, people with the same interests.

Interview with Loz Kaye by the Music Manumit podcast team, ranging across music and creative commons.

The Music Manumit podcast is a source for creative commons music and news.

People sometimes ask us "how come you hate musicans?  why do you want to stop them making money".  Now without getting into our favourite argument about how that analysis is *all wrong*, instead we'd like to give a huge shout, and some big love, to a few musicans we've come across recently:

Dan Bull  (help us get him in the charts this week!) Dan is an innovative hip-hop artist with impressive lyrical abilities, who raps about subjects we hold dear, like video games and copyright.  He's trying to get into the UK charts this week, so we encourage everyone to help out by buying his single: http://itsdanbull.com/single/
Tags:
Music
Dan Bull
Steve Lawson

Pirate Party in the news

END_OF_DOCUMENT_TOKEN_TO_BE_REPLACED
It seems the only time the government listens to you is when you don't want them to // Anonymous
If you live in a democracy and don't have freedom of information, it's not a democracy // Birgitta Jónsdóttir
There should not be just be right holders rights or office rights but there should also be users rights // Julia Reda
Your own acts and behaviour tell the world who you are and what kind of society you think it should be. // Ai Weiwei
Without information, you cannot make informed decisions as a public // Chelsea Manning
Civil liberties are just like muscles. They must be exercised regularly in full, or they will weaken, wither, and atrophy. // Rick Falkvinge
Ex-employers called me Mr Ethical for objecting to fraud. I'm winning. // Nicholas Wilson
Whistleblowers are the regulators of last resort // Annie Machon
The immoral cannot be made moral through the use of secret law. // Edward Snowden